The BAE 146 / AVRO RJ aircraft was manufactured in the United Kingdom by British Aerospace (which later became part of BAE Systems). It is a high-wing aircraft with very short runway requirements, which make it particularly suited for this kind of destination. It is operated by Aerovias DAP, which has more than 25 years of experience flying in Patagonia and Antarctica. 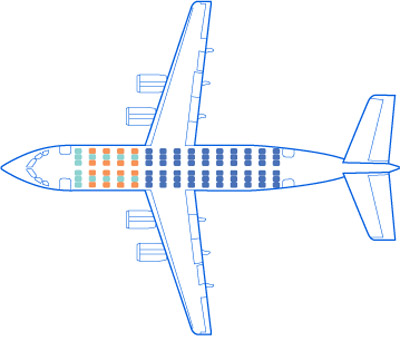 Nestled in dense forest with each room, the dining room, lounge, and bar area built on raised decks overlooking the Lango bai, and they are constructed from natural materials such as locally woven raffia palm panels. A star deck and fire pit are also raised and overlook the bai for after-dinner relaxation and star-gazing. The bai holds a magnetic attraction for vast flocks of African green pigeons and African grey parrots, as well as for herds of forest buffalo by day and forest elephants by night.

Lango’s strategic location in the south-central part of Odzala allows easy access to a variety of converging habitats. A real highlight of your stay at Lango is the change to explore the Lekoli and Mambili Rivers by motorboat, traditional pirogue, or even kayak. Lango is also one of the few places in Africa where you can safely explore streams and marshes on foot – a truly immersive experience!

Mboko’s 12 guest rooms extend along the banks of a free-flowing tributary of the Lekoli River. Situated in an area of lush meadow-like savannah, frequented by forest buffalo, forest elephant, and spotted hyena, Mboko gives a sense of the scale of Odzala. While it also allows you to focus on some of the smaller details: flowers and butterflies (depending on the season) can be seen in profusion. Mboko Camp offers visitors breath-taking views of the transition between the tropical rainforest and grassland savannah, where hundreds of towering termite mounds help create an otherworldly experience.

Mboko provides you with spectacular star-viewing opportunities before you fall asleep, listening to the sounds from the Congo River. The camp also offers access to nearby villages on the fringes of the Park, where you can meet and interact with local people. Each cabin has a deck with lounge chairs on which you can rest and listen to the tranquility of the river babbling past you.

Constructed with natural material and traditional techniques, Ngaga Camp is a charming location consisting of six rooms that rests in a valley within the home ranges of several groups of western lowland gorillas, two of which are habituated.

Ngaga is truly gorilla central. A focal point for world-class research, as well as unforgettable primate encounters, Ngaga Camp’s unique design, evokes the fun and mystery of a childhood treehouse. You will enjoy the elevated guest rooms and wraparound walkways that allow you to peer directly into the forest canopy.